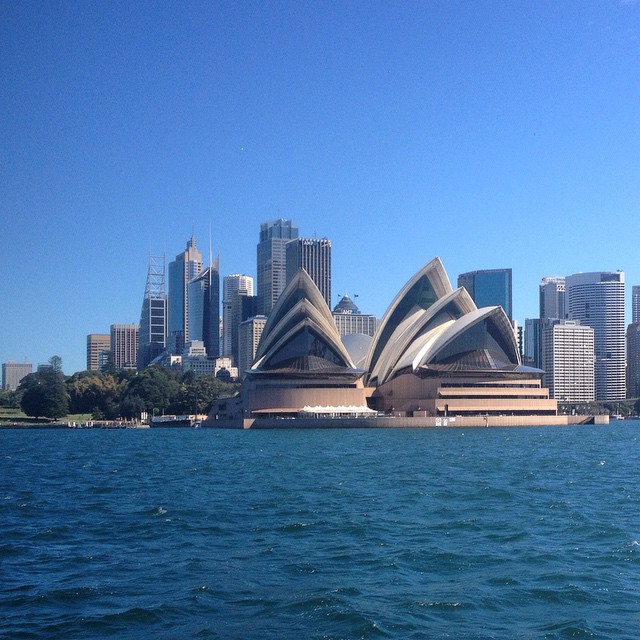 I’ve been living in Sydney for three years and she still manages to blow my mind. (at Sydney Opera House)

Thanks Kayne for letting me discover this great song 🙂 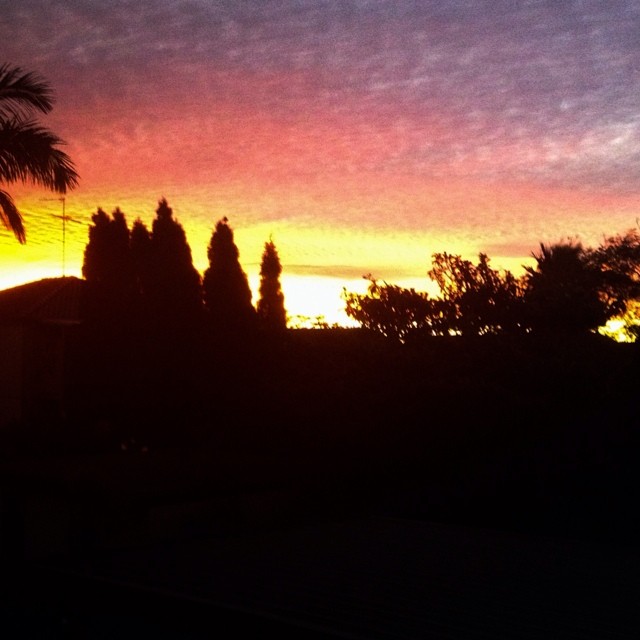 am the same age as Sean Connery and Clint Eastwood.
In Dog-years that is really really ancient.

I am shorter than either, but heavier than both. I am not sure if that makes up for it.

I was once the captain of the school basket ball team. But it was in the UK and we didn’t have pom-pom girls.

Here I am on the diving boat in Italy. The man with the beard was Reg Vallintine: once the British Spearfishing champion; he could swim down over 30m on one breath. I could only do 20m.

One day we found a Phoenician wreck near the harbour. It was over 2000 years old, and at the time the oldest wreck ever found. They made a TV about it, and a book (Tarquin’s Ship Alexander McKee).

The man behind was an Italian called Valdivio who helped with the boat; he was always friendly. I thought he was a fisherman One day when getting the boat refueled Reg noted he never paid for the gas. Valdivio said he didn’t need to because he owned the gas station. I later discovered he was a millionaire.

The girls come with the job.

I  once lived on a desert island called Zembra in North Africa. I taught  scuba diving. I was twice nearly bitten by sharks, and had a friend who  was killed by a shark.
This is me with one of my students In Tunisia who I taught to dive.
Her name is Dominique. She spoke several languages; was a qualified pilot, and a racing car driver.
She learnt quickly.

I went almost totally deaf in a diving accident, but I can hear well with hearing aids.

I once lived on a sheep farm in Australia. I slept in an old chicken hut. I learnt to shoot rabbits for the sheep dogs. I was quite good.

I also dug ditches on the railway there. Later I worked making cosmetics. I became allergic to scents and never went out with ladies who wore scents as it made me sneeze.
After making scents I worked as a lab technician taking X-rays of clay minerals.
We studied a mineral called Vermiculite which expands tremendously when you heat it; it is used for insulation and fire proofing.
Here is a picture of me as a lab technician.

It was taken in 1954 when the transister was invented (I think). It introduced me to computers as the laboratory got all the latest science manuals.
Eight years later (1962) I went to New York to write about computers, and eight years after that (1970) I won one in a New Scientist competition for predicting that one day films would be made with computers, and showed a piece of punched tape to explain what they would look like.
https://www.youtube.com/watch?v=7gN8HuBuTvQ

I once briefly lived in a penthouse in New York next door to Charlston Heston – but I never met him.
I was working as a scriptwriter in Madison Avenue (Mad avenue) in 1962. I met  a nice Jewish girl there, and she explained about Jewish history to me. She bought me a fur hat for Christmas. I still wear it and think of her; she was called Barbara.

I am on top of the Empire State Building in 1962, but we weren’t struck by lightning.
While in NY I went to the jazz clubs in Greenich Village, and Miles Davis put his whisky glass on my table. I momentarily believed in God.

I once acted as Superman in a french film in Paris; it was called Fantorro. I murdered a man, but it wasn’t real, and I didn’t have to practice on anyone.

I was once a sailor doing my National Service. I had and argument with the Captain of the ship, and I jumped ship in Australia. I had a warrant out for my arrest for two years. I gave myself up, but the police said they knew anyway and let me stay.
Me bottom right on a tanker.

I once lived in Montreal. I tried to learn french, but people there don’t speak proper french (so my french friends tell me). But it didn’t matter as everyone speaks American anyway (at least to me).

Here is a French Canadian girl talking to me in American. It was 1962 and my films had just won two awards. They are called The Flying Man, and The Apple.
https://www.youtube.com/watch?v=zaJq4pcNk_w

French Canadian girls like people who win awards. They also like other people.
I don’t know what she is saying, but it looks like “forget it”.

I worked at the National Film Board of Canada, and met Norman McLaren, who was a great hero of mine.
I asked him if it was possible to hypnotise people using film. He had made some experimental films with spiralling circles changing colours. I added a soundtrack of a hypnotist.
When we screened it, the audience quickly walked out as it made them seasick. A hypnotist told it had affected their sense of balance.

I once played in a band in New Zealand. The stage scenery fell on top of us while we were playing, but the leader shouted to us to keep playing.
This is me playing in a band in Naples. The scenery didn’t fall down this time. That was good as I was not insured.

I once lived in a commune on a boat in London. The boat leaked when the tide came in if someone forgot to put the bilge plug in. When it leaked the cats would sleep on my bunk as it was the only dry place. We had nine cats.

I once wanted to be a painter. I liked Op-Art, but everyone was doing it in the 1960’s. Here are some of my paintings.
I couldn’t afford nude models at the time, and the other girls thought I made them look like explosions.

I was once in a car crash near Venice. The car was smashed up, and turned upside down in a ditch full of water. It flooded over me, but I got out with a bruised knee.
We were helped by an Italian ex-soldier. He told us he had been a prisoner of war caught by the Australians, and had such a good time with them he wanted to go to Australia. The car driver was Australian. He is the one playing the clarinet in the band photo above. His name is Nick Politis and is a very famous Dixieland player, and still plays regularly even though nearly ninety.
https://www.youtube.com/watch?v=T6SYKT1y0Bg

I once met a Swedish lady and we had a daughter, but we parted. My daugher is beautiful (her mother was a Beauty Queen). She teaches History and plays drums with an all girls band.
I never played with an all-girls band, not even as a musician.

Here is a picture of my  daughter’s first birthday in 1982. Her name is Maya. She lives in Australia.

I saw the word Maya in an article where is said Maya means ‘A dream come true’ in the Indian language. But I think it really means ‘an illusion’. The second is closer.

I once drew a cat with the letters MIOW

I taught Special Needs children how to draw pictures using letters of the alphabet. Each one had to make a picture with their own name.
You can learn here.
Make Movies

I got an award for this, and met the Prime Minister of the time – Tony Blair.

We only met for two seconds though. It was not my fifteen minutes of fame promised by Andy Warhol. Perhaps the rest will come later.

So, what does it feel like to be old?
It’s a bit  like this, with a cat that has luminous eyes and sleeps on its back.

From time to time something reminds you of the past.

You remember things.
Mostly nice things.
There is a tendency to reminisce, meander, and ramble when talking and writing about the past, and I wonder if anyone is listening, reading, or caring much.

But that is not feeling old, it’s more like wondering if there isn’t something better I could be doing.

There is of course, but I can’t be bothered. That’s it.

I just wish I had known that then when I was younger.

EDIT
Thanks for your comments and votes.
It makes an old man happy that so many care.
I have sent a telepathy to you all.
If you have not received it, check in your Junk telepathy folder

Credits soundtrack from the movie “The Great Beauty”, composed by Vladimir Martynov and performed by the Kronos Quartet. 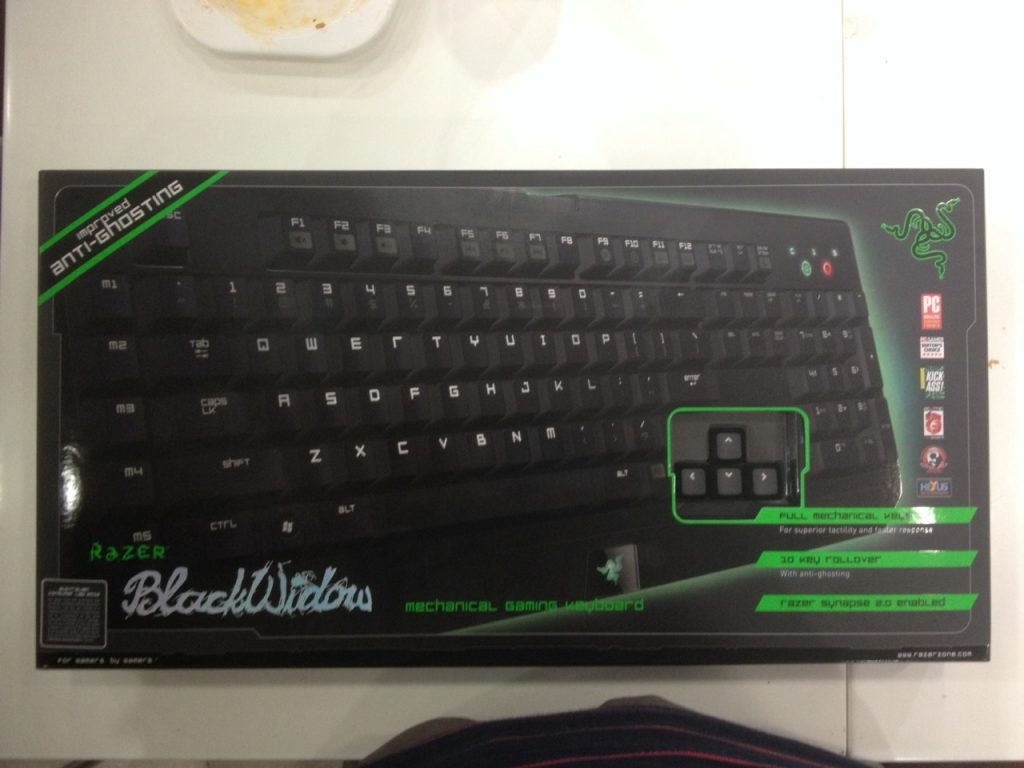 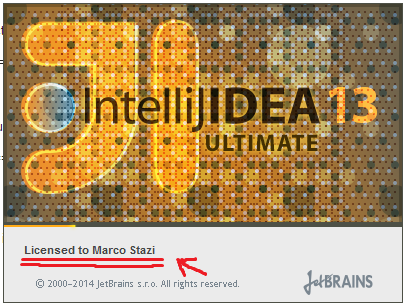